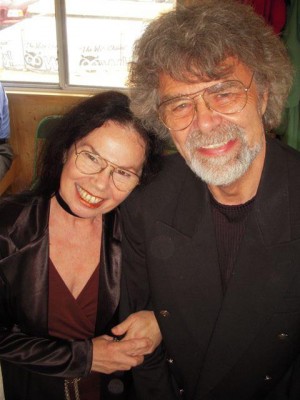 We’re delighted you decided to become a member of our growing family.
As you’ll see, we're much more than an “online aviation magazine.” We're a multi-media experience with a very different focus from most of what's out there.

We know you’ll enjoy what you read, see, and hear ... and we look forward to having you as a member of our ever-expanding Why Fly family!
If you have any questions, problems, or suggestions, don't hesitate to contact us.
Welcome aboard!

Aeroncas In The Evening Sun

In this video you'll see a flight of wonderful old Aeronca's take to the evening skies. 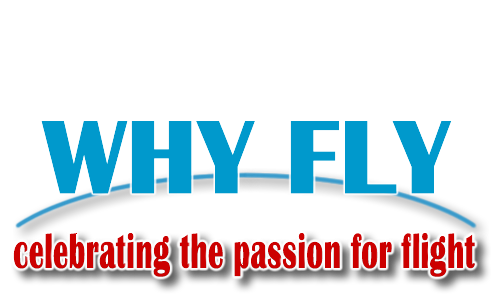 We couldn't finish up Glenn Matthews story without one more item saluting this unique Veteran, Pilot, Air Show Announcer, Painter, and - fortunately for us - Why Fly Contributor. So here's "Glenn Matthews Flies Again." 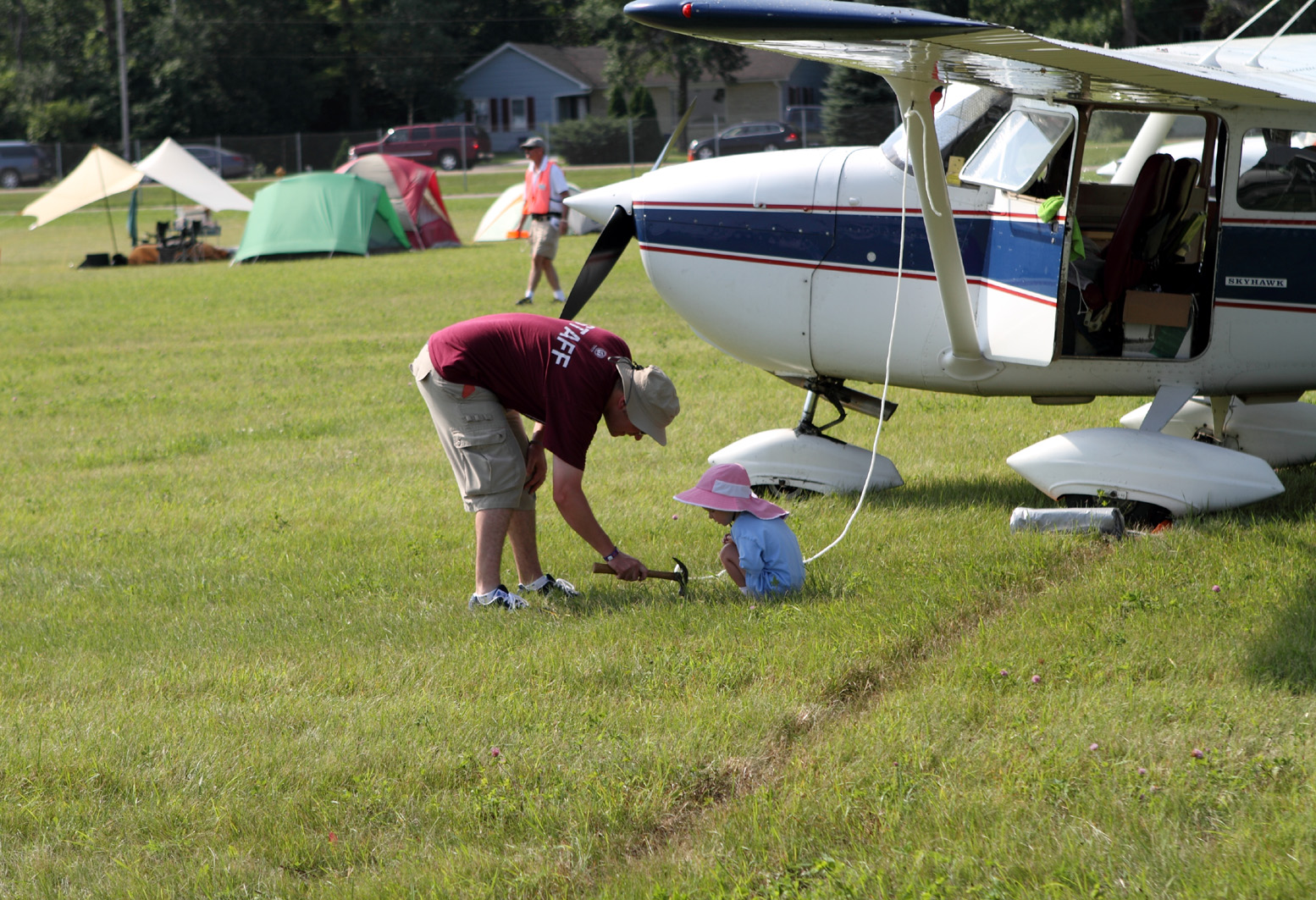 Here’s another great video showing a crosswind landing in a Cessna !

Truly awesome footage from a helicopter

I hope you can stream full-screen 1080 HD video on your internet link. If you can, you’ll agree with me that this is one of the most awesome places on earth and one of the most wonderful ways of showing it! The 10 minute video is showing you the Tre Cime, the most famous rock…

A Seafire at Oshkosh

Maybe not what we your regularly (tongue-in-cheek) publish on WhyFly, but someone pointed me to this little video of a Seafire and its restorer/owner at Oshkosh. Being an old Spitfire fan myself, I just could not resist to share this man’s enthusiasm and knowledge for and of the old lady. I hope you’ll enjoy it…

Okay, folks. Don’t faint, but – yes – that is a new episode of “Those Thrilling Days of Yesteryear” you see posted here today. As I stated back on Christmas Eve – WhyFly is far from dead, and the only reason for the sudden dearth of new material was/is an…

In Episode #23: Richard Bach’s “Invitational Cross Country Adventure” is quickly turning into an exercise in survival. Glenn & Michelle appear to be out of the trip due to a failed brake cable, but Bach has an old barnstormers’ trick up his sleeve.

Maybe not what we your regularly (tongue-in-cheek) publish on WhyFly, but someone pointed me to this little video of a Seafire and its restorer/owner at Oshkosh. Being an old Spitfire fan myself, I just could not resist to share this man’s enthusiasm and knowledge for and of the old lady.…

Happy Holidays to all our loyal, Why Fly visitors from Michelle Goodeve and me. Right off the top, our sincere thanks to Francois Dumas for keeping Why Fly alive (both technically and content-wise). And right after that – sincere apologies for the overly-long delay in getting Why Fly really moving…

Although things have gone quiet a bit lately, alright MORE than a bit, we are still very much here and preparing for a more lively 2011! We’ll be getting there, for sure 🙂 Meanwhile, Nina, my dear wife of many decades and myself would like to wish all of you…

Our Editor-at-Large will surely forgive me for posting this short message, but I simply could not let it pass. Our own Michelle was Mrs. Avery in another life, the famous teacher in the also famous tv series Degrassi Junior High. And this weekend the ‘Agony Booth’ website posted an in-depth…

That’s the title of ‘Navman’s’ latest column (click on ‘columns’ along the top of the screen). And yes, we’re continuing WhyFly and celebrate that with this new column! As you may or may not know Nina and yours truly visited the US in October and November and I will be reporting on WhyFly about the aviation part of that visit.

Regular visitors to Why Fly will no doubt have noticed a dearth of new content in recent weeks.
Does this mean Why Fly is dead? By no means.

Dear members, supporters and readers, Why Fly’s website was attacked by a Russian made malware virus on August 15th. Together with 10 other sites of the 31 I currently run and manage. It was able to get in because of 3 seconds inattentiveness from yours truly. And it has cost…

Francois has been visiting Goodwood since 2003, together with his good friend and pilot Didier Keller, and has collected thousands of pictures over time. In the Photo Essay below he aims to provide a taste of the unique atmosphere that is so typical for the autumn flying at Goodwood. Enjoy !

Why Fly is proud to present Photo Essays from two of our talented contributors. Roy McMillion is one of our original Charter Contributors. Scott Burris we all know as a fine writer, but we had no idea he was also an excellent photographer. Roy & Scott know each other and…

We already knew Why Fly contributor Scott Burris was a good writer. What we didn’t know was just how amazing he could be when he picked up a camera. Here’s Scott’s take on Airventure 2010.

We had a couple of our contributors visit the annual Oshkosh Airventure this year. You already saw Scott Burris’ photos, and here are some of the great shots Roy McMillion made for us! Enjoy ! Use your mouse to click through the photographs below. (Not sure how to use the…

Regular visitors to Why Fly will know all about Glenn Mathews, but now it’s time for his wife to shine. Kate Beckett has been putting her camera to good use as of late, and has kindly agreed to share some of her Images with Why Fly. We’re pleased, and proud, to welcome out latest Contributor to “The Why Fly Family.” Here’s Kate’s first Photo Essay of the recent Fly-In at Arlington, Washington, U.S.A.

‘Acting as Glenn’ I just wanted to make sure you are aware of the new content we’ve posted over the past weeks, even though it is summer time and some of us are traveling or busy in other ways. But first of all let us thank you for coming back…

It started with a puff of smoke.  The port engine was failing.  The pilot noticed its oil pressure dropping, temperature rising and rpm fluctuating.   The engine was in danger of destroying itself and taking the aircraft down with it; the plane rolled violently to the left. It was a textbook…

Why Fly’s Creative Director, Michelle Goodeve, takes an artistic look at the world from above in her latest Photo Essay, “Below.” {Click on the title to see the full article}

As some of you will have noticed, there appears to have been a dearth of new material during the past week.

Sincere apologies. Our I.T. Director (C.O.O. & Co-Pilot) François Dumas is on vacation in Italy, and the briefings he gave before departing don’t appear to have sunk in.

I can say this with some confidence after spending 3 hours trying to post my latest “Fearless” column and about the same time attempting to update the “Update!” box on the right.

a) François got in touch from Italy and straightened out my column. (Click on the “Columns” tab above, then slide right from “Fearless” to “Virtually Flying” {a tribute to our Flight Sim Members}.)

b) François should be back at his summer home in France Sunday evening, so we should be “returning to normal” in the early part of next week.

Meanwhile, as I have learned how to “Post,” I’ll take this opportunity to let you know what’s been recently updated, what’s about to be posted, and what’s “Coming Soon.”

In Episode #16: Originally planned as “Enter Richard Bach,” Glenn changed the title to “The Winter Wonderland Flying Circus” for reasons which will soon become obvious. The original title will now apply to a later Episode, when Richard really did enter Glenn & Michelle’s lives in a most unusual way. But right now – let’s go Barnstorming … in the Canadian winter!

Because of all the (time related mostly) troubles of these past years we had many starts and re-starts of the site. And lots of 'news' is related to yet another 'start'. We'll remove these messages as soon as we are REALLY into it all again and adding new aviation related content. Stay tuned for more in the weeks and months to come. REALLY ! *grin*